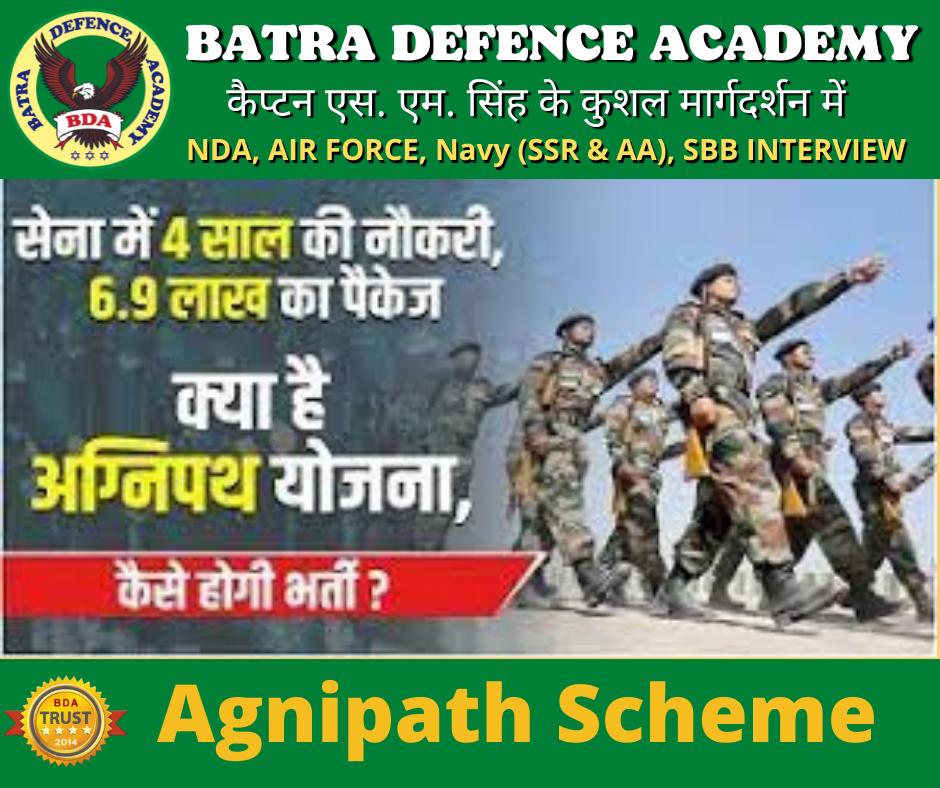 Agneepath Scheme for Military Recruitment: The Union Cabinet took a historic decision approving an attractive recruitment scheme for Indian youth to serve in the Armed Forces for which a scheme has been introduced with the name AGNEEPATH. The youth selected under the Agneepath scheme will be categorised as Agniveers. The Armed Forces will be recruiting 46,000 Agniveers this year through this scheme. With the announcement of this Agnipath Scheme, a window of opportunity has been opened for the youths to serve their nation for a period of 4 years. In this article, we have explained the Agneepath scheme, age limit and educational requirements for agniveers, how would the recruitment through Agneepath Scheme be done, what would be the salary and more details.

Through Agneepath Scheme around 46,000 soldiers are to be recruited for the Indian Army, Indian Navy and India Air Force. The detailed and elaborated vacancy distribution will be released shortly by the Indian Army. The recruitment of women under the Agneepath scheme will depend on the needs of the respective services.

Agniveer's are the yougest army who will be never old our Indian army is always YOUNG and always Ready for JUNG:-

The youth selected under the Agneepath scheme will be categorised as Agniveers. Agniveers will be offered an opportunity to apply for permanent enrolment in the Armed Forces after a period of 4 years. The youths falling in the age group of 17.5 years to 23 years (revised upper age limit) who favour patriotism, teamwork, enhancement of physical fitness, ingrained loyalty to the country and availability of trained personnel to boost national security in times of external threats, internal threats and natural disasters can apply through Agneepath Yojna to become Agniveers.

Best NDA coaching in Prayagraj is offered by Batra Defence Academy, has consistently been the 360-degree benchmarks setter in the past years and with our innovative approaches and consistent efforts, we will continue to define the future of quality education.

To Apply for Agnipath Scheme, applicants should be 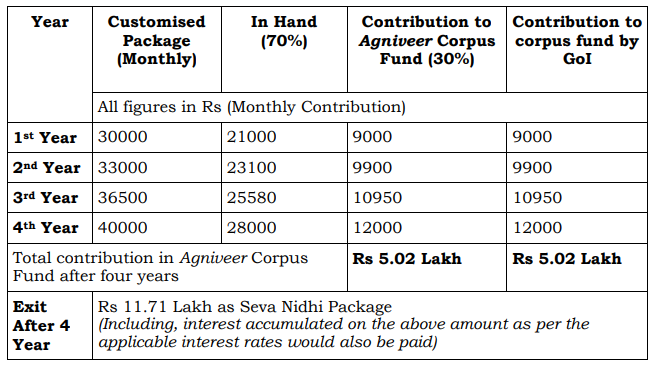 The candidates will be given an attractive customised monthly package. Total Salary Rs. 30000 per month is to be given. After deducting a 30% amount from the total salary for the Seva Nidhi package, Net In-hand Salary will be Rs. 21000 per month. From the 2nd year, the Total Salary will become Rs. 33000 out of which Net In-hand Salary will be Rs. 23100 per month. They will also be entitled to Risk and Hardship allowances. Agniveers will be given a total amount of Rs. 11.71 Lakh under the Sevanidhi Scheme in which the Candidate’s contribution is 30% of total salary of the month and the Government’s contribution is also 30%. The total contribution of the candidate to the Agniveer Corpus Fund (30%) in 4 years will become Rs. 5.02 lakh and total contribution to corpus fund by Govt of India in 4 years will be Rs. 5.02 Lakh. So the total amount (with interest) to be given will be 11.71 Lakh as a Seva Nidhi package after retirement.

Lakhs of youth who were dreaming of recruitment in the army were waiting for some big announcement from the central government. And when the government launched the Agneepath scheme, the enthusiasm of the youth doubled. Because there has been no major recruitment in the army for the last two years. But now these youth feel that their dream will remain a dream. And even if admitted, what will they do after 4 years?

Let us inform that the Agneepath scheme was launched by the central government on June 14. Under this, youth in the age limit of 17 and a half years to 21 years will get an opportunity to serve in the army for 4 years. After this, 25% of the youth will be retained. That is, 25 out of 100 soldiers will get a chance to serve full time. But in states like Rajasthan, Bihar and Assam, there is dissatisfaction among the youth about this scheme.

We aim to train defence aspirants to succeed in their choice of career through imparting quality training and exam preparation.
We also offer the technology based teaching like live classes, application based study material & Online Examination.