National Defence Academy (NDA) is the joint Services academy of the Indian Armed forces. The UPSC (Union Public Service Commission) conducts a national level exam called as NDA exam. This exam is held for the candidates who want to join Indian Defence Forces (Army, Navy & Air Force). Every year many aspirants come forward to take this exam. NDA examination will be organized two times in a year.

National Defence Academy OR NDA examination is conducted by Union Public Service Commission (UPSC) twice a year with the aim to recruit young and energetic candidates in the Indian Armed Forces, Including Navy, Air Force, and Army. In general, this exam is conducted in the month of April and September. Candidates who qualify this exam would go for 3 years training course.

Best NDA coaching in Prayagraj is offered by Batra Defence Academy, has consistently been the 360-degree benchmarks setter in the past years and with our innovative approaches and consistent efforts, we will continue to define the future of quality education.

Here we have mentioned the detailed exam pattern of NDA exam:

The written examination of NDA 2020 is structured as follows :-

BATRA DEFENCE ACADEMY as a stage for the instructing of Defence Examination AND SSB for youthful safeguard competitors, extraordinarily who have finished their High and JuniorHigh and searching for the professional development in Indian Force.

BATRA DEFENCE ACADEMY is the best NDA Coaching in Prayagraj, we have vowed and given ourselves in the field of safeguard composed training by giving the best instructors and study materials to our understudies for turning into the future Defense Personals OF INDIAN ARMED FORCES. The strategy substance and encouraging strategies for our organization make us the Best Defense Coaching Institute in Prayagraj. Safeguard preparation is taken care of by a group of expert instructors who are knowledgeable with subjects and strategies realated to Defence Methods.

BATRA DEFENCE ACADEMY gives instruction to Indian Military Academy, CDS, Army, Navy AA, SSR, Air Force (Group X,Y), AFCAT, (SSB Coaching for NDA, CDS).Prayagraj is honoured with numerous NDA Coaching Institutes, consequently, turning into the celebrated, how effective the group and staff of the Cadets Defence Academy should be. Once, you enter the instructing establishment, you will come out as Defence Warrior.

To apply for NDA, applicants should be


Given that an up-and-comer having a place with classifications 2, 3, 4, and 5 should be an individual in whose favor an endorsement of qualification has been given by the Indian government. Authentication of qualification isn't needed for Gorkha competitors from Nepal. 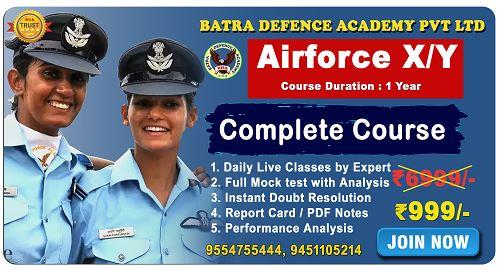 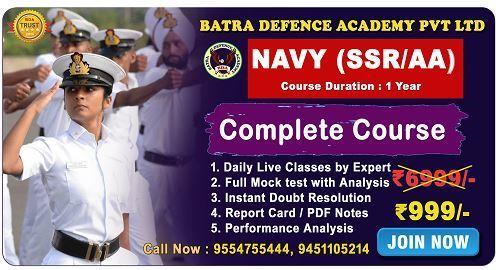 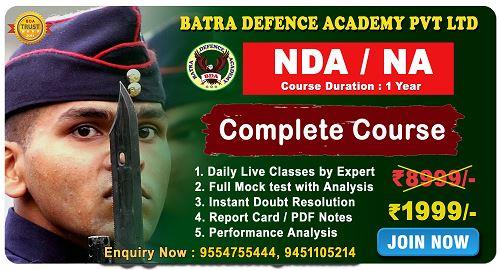 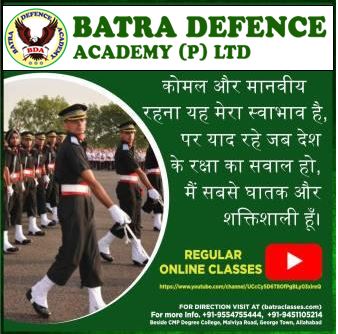 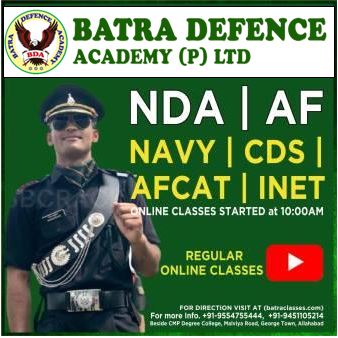 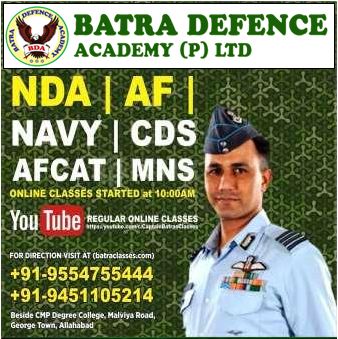 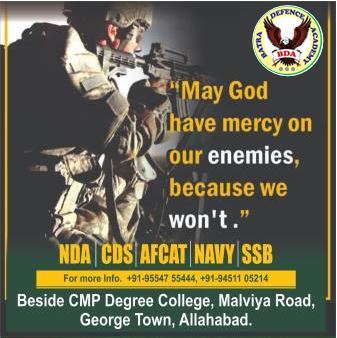 We aim to train defence aspirants to succeed in their choice of career through imparting quality training and exam preparation.
We also offer the technology based teaching like live classes, application based study material & Online Examination.